The Keys to a Mystery-Thriller Film

If you go back and rewatch films within a certain genre, you’ll notice that certain thematic elements pop up frequently. A superhero movie, for example, will always have a climactic battle between the main character and the villain. A romantic comedy is going to include a date that goes disastrously wrong. Musicals will feature… well, musical numbers. This is especially true for mystery and thriller movies.

Mystery and thriller films are designed to shock the viewer. Audiences are more invested if the killer isn’t immediately obvious. A twist ending leaves people with a firm memory of how the movie managed to pull the rug out from under them. Scenes should be tense and leave watchers on guard, even if they’re not in any actual danger. We’ll get more into why these scenarios repeat themselves later, but first let’s break down these elements.

FOR ALL INTENSE AND PURPOSES

This is an element more commonly seen in thriller movies, rather than mysteries, although there is a great deal of overlap. In order to keep viewers engaged, filmmakers will employ several tricks to make the characters anxious. Because viewers relate to the characters and their situations, these same tricks make the audience nervous as well. One common method of enforcing suspense is through a time limit. If the heroes only have until a certain point to save the day, it adds tension. Time management is key, and it helps keep the pace steady.

Another common tactic is fear of the unknown. It’s scary to know who (or what) is behind the film’s events, but it’s downright terrifying when audiences don’t know. The lack of knowledge builds suspense. It creates a hostile energy between the characters due to lack of trust. Viewers might also get the sense that they aren’t safe either. Imagination fills in the gaps. However, this can backfire in two ways. Watching the movie for a second time, aware of what the unknown villain is, will ruin some of the suspense. Secondly, depending on the viewer’s imagination, what they conjure up might be more frightening than the actual threat. 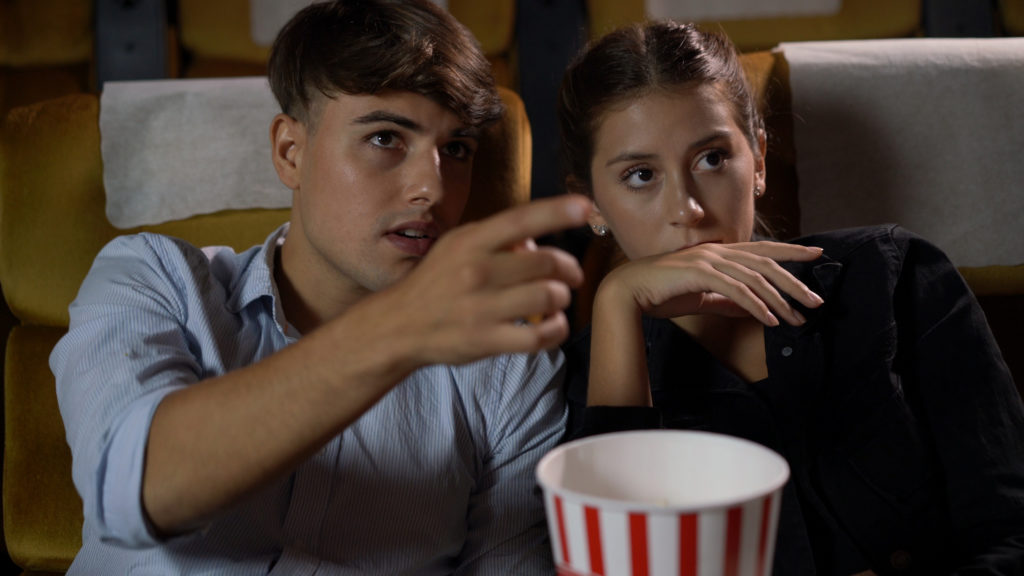 The twist ending- possibly the most iconic element in mystery films. All of the clues are pointing to one person, and it seems like the hero has them pegged. But it was a red herring- the true culprit has successfully fooled everyone, including the audience. It encourages multiple viewings to pick up on the subtle hints and foreshadowing to the true ending. For every The Sixth Sense, however, there is a Now You See Me. If the twist isn’t set up properly or makes no sense, it could ruin what is otherwise a fantastic movie.

Sometimes the greatest trick is to not play one at all. Building up to a twist ending but never delivering could either satisfy crowds or leave them disappointed. It’s a fine tightrope to walk. Even the best twists still have their detractors, though, so don’t be afraid to go for the mind-bend. Just be sure to leave enough hints that it doesn’t feel too out of nowhere. 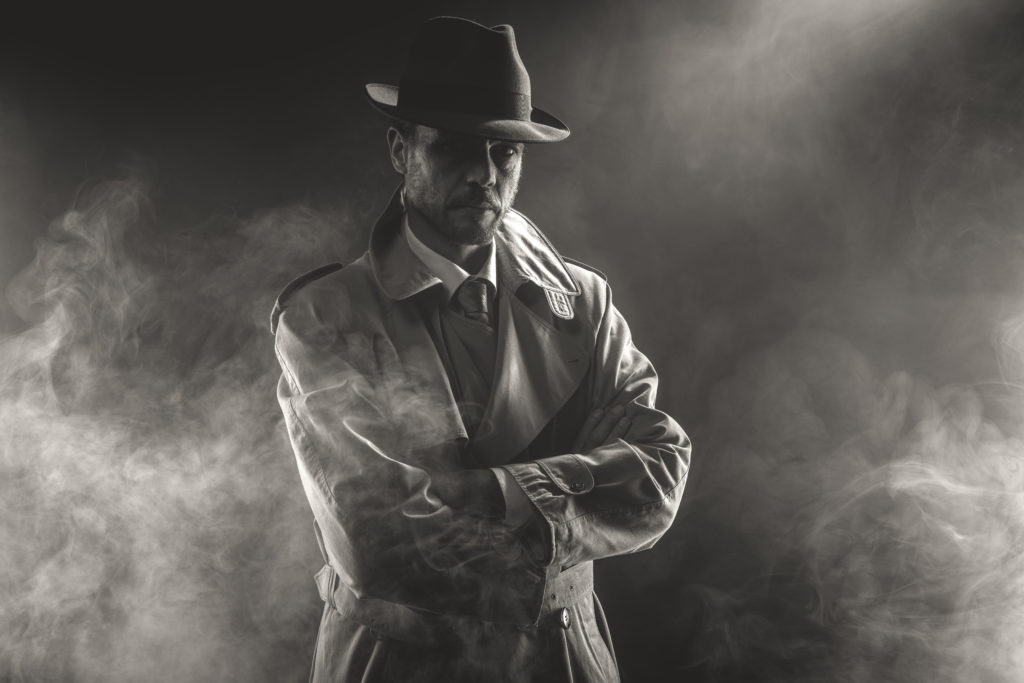 The script is arguably the greatest weapon a thriller/mystery movie has, but it is far from the only one. Directors have a few techniques to keep investment levels high. For example, certain camera angles instill fear or other emotions in the audience. A bird’s eye view looking down at the hero makes the protagonist seem helpless. For emotional shots- like a character reacting to the reveal of the villain- a close-up gives viewers a good look at the anguish on the actor’s face. A panning shot indicates a character is being followed. These shots all add to the film’s tension in nonverbal ways. They fill in gaps that the script might have.

Similarly, there are certain angles that can be used to make the bad guy more intimidating. Tilted shots leave the viewer feeling uneasy. One angle, the Dutch tilt, is rather infamous for its usage in thriller movies. It’s meant to give the audience a sense of psychological unease. The Dutch tilt- which, funnily enough, has nothing to do with the Dutch language- is so pervasive it’s even shown up in video games.

Of course, we’d be remiss to not mention the Dolly zoom. It was first created by Irmin Roberts for Alfred Hitchcock’s Vertigo. The effect is achieved by zooming in with the lens while physically moving the camera away from the subject. The result is a distorted perspective that almost induces a sense of nausea in the viewer. It’s unsettling, to say the least, and can heighten emotional impact if use properly. The most famous example is in Jaws, but it has appeared in other films like Lord of the Rings, Guardians of the Galaxy Vol. 2, and Goodfellas.

DON’T GOT NO BODY

As mentioned above, imagination can frequently be more frightening than anything that appears on screen. So why not employ that with the victim? Murder mystery movies make it a point to show the body to the audience, often in gory detail. For a subversion, keep the body hidden. Certainly, have characters talk about the victim, or even a few shots of the surrounding area or the extremities. But don’t linger on the corpse. Let the audience picture the violence for themselves. In theory, it will keep them invested and make them more susceptible to later horror. NOTE: this is just a suggestion. Follow this idea at your own discretion.

Creating a mystery/thriller film is not as easy as just following the tips above. They can help, but it takes the entire cast and crew working in tandem to pull it off. From the script to the cinematography, everything must be working together to fully invest and surprise the audience. And even if there’s a few critics, just remember that not everything will please everyone.

That’s how it is in show business, after all. 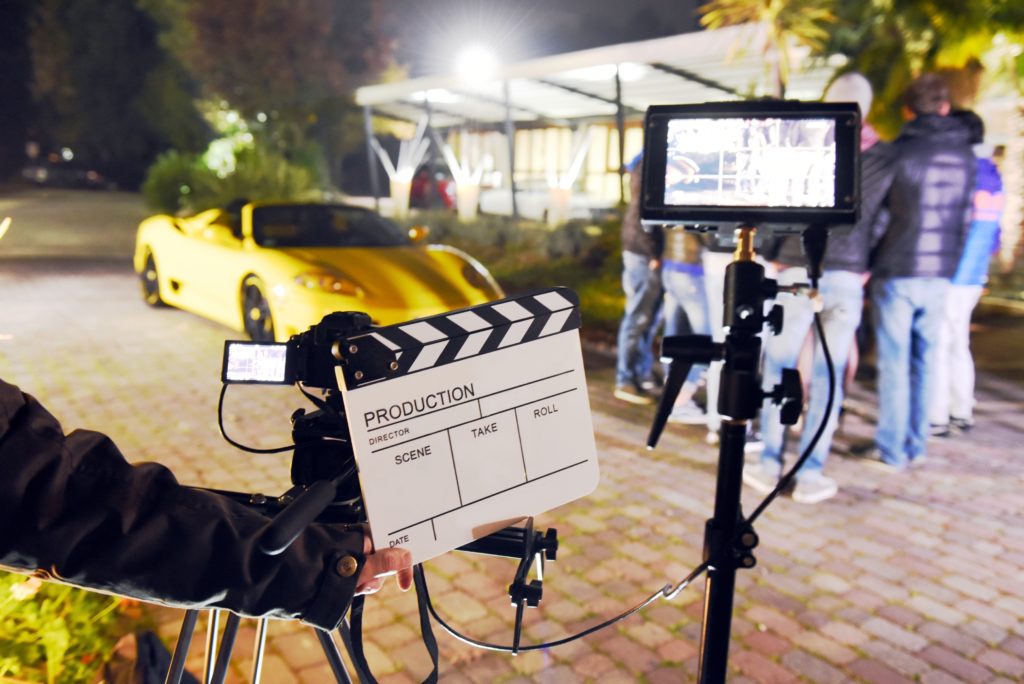