The Keys of Horror Movie Making

Picture this: You’re sitting in a darkened movie theater watching the protagonist of a film enter an old house. It’s completely silent but for the sound of their slow steps creaking onto the floorboards. They’re getting further in the house, all of the corners are covered in shadows and their flashlight doesn’t allow them enough vision. You’re clenching your fist as you watch them take step after step… suddenly, a mouse scurries by beneath their feet. They stumble and you jump in your seat, only to chuckle to yourself when you realize it was only a mouse. They take a breath for a moment, so do you, then they continue forward. They begin to ascend the old staircase, through the flashlight you can see the banister is falling apart and decaying. They pass by some old family photographs, the kind where no one smiles. They hear a rustling coming from upstairs and pause for a moment. They pull out their knife and a big breath as you clench your teeth and fists in anticipation.

As you can see, horror films are an extremely visceral experience. And, as a horror film creator, it’s up to you to create this moment by moment sensory journey for your viewers. 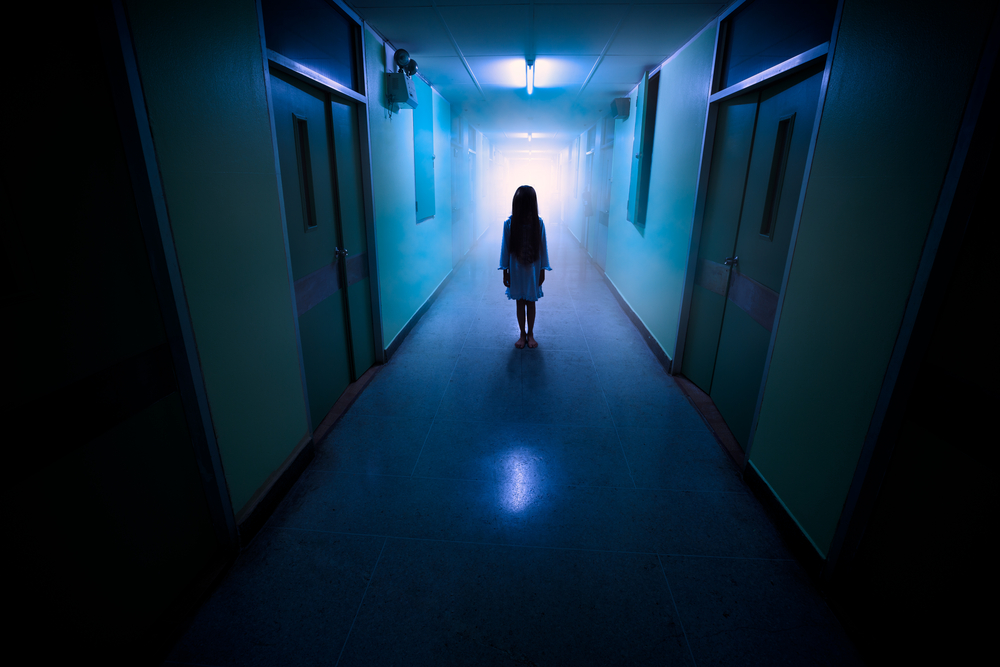 Throughout the film, the tone should remain ominous and unsettling if not outright terrifying. You should have peaks and dips to these feelings throughout, moments where the audience feels slightly safer than others. For example, a scene taking place at night in the woods should make the audience feel tenser than a scene where your character is walking to meet a friend at a cafe. But even the cafe scene shouldn’t feel completely safe, the suspense in your shooting and tone should remain.

In addition, you’re able to mix genres a little as long as horror remains the primary. For example, it’s actually incredibly easy to get laughs during a horror movie if you insert a small comedic line. This is because, if you’ve done your job right, the audience is so tense that they’re desperate for anything to break that tension. Get Out is an excellent example of this where the comedy comes in the form of Chris’s best friend, Rod. His scenes where he’s trying to tell the police about his friend’s kidnapping and where he’s speaking on the phone to Chris’s girlfriend were hilarious, partly because of the acting but also because they were a much-needed relief in an otherwise very tense movie. Ultimately, though, filmmakers should make sure to never divert so much that you’re losing the overarching tone of horror.

As a filmmaker, you may be tempted to always go for the closeup to show off your actor’s emotions and immerse them in the scene. But to create that sense of suspense, wide shots have a much more ominous effect. For example, let’s take the example stated earlier of the character walking to the cafe. If you shoot from a street view right in front of them, that doesn’t feel very ominous right? But instead what if we see that shot through some bushes across the street? Suddenly, this creates a much more ominous feeling as though our character is being watched. Adopting a wide-angle shot whenever you can, especially in the less climactic moments, will keep that foreboding sense alive even if the tension is lowered momentarily. 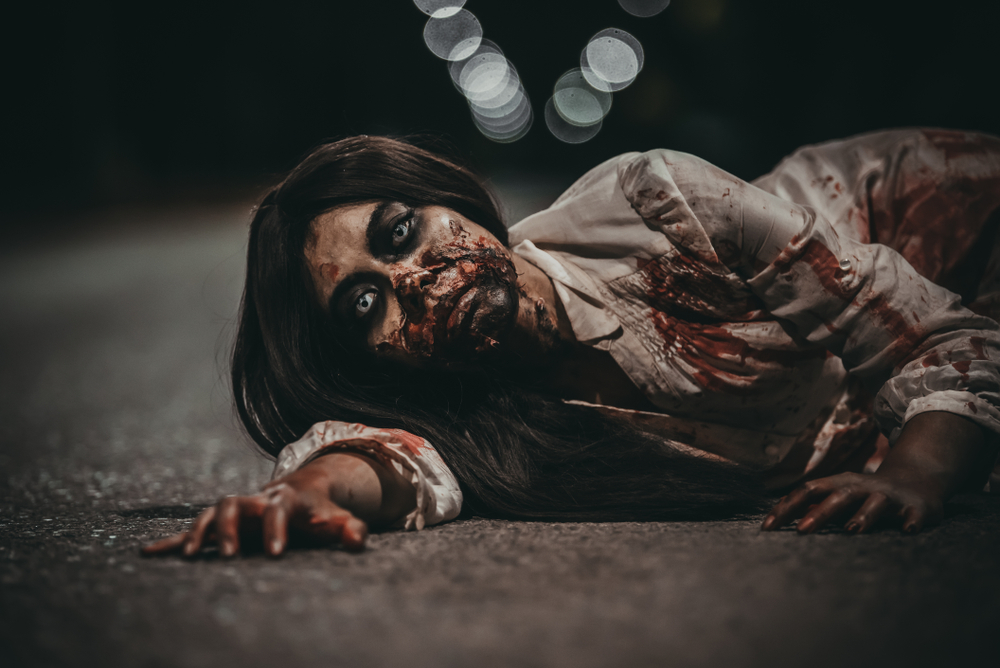 Modern viewers are so desensitized to modern horror effects now. You couldn’t get by on 80’s practical or special effects and expect your audience to feel the same sense of fear that we get from more current ones. When deciding how best to split between practical effects and CGI, one must look at your budget. You likely don’t have the budget to CGI everything nor should you. When it comes to gore, nothing beats practical effects like makeup and the classic fake blood. However, CGI can be helpful when it comes to the more supernatural scares of the movie. For example, if you’re going to include a jump scare where the ‘villain’ crawls toward the protagonist at an inhumane rate of speed. This step into the supernatural will likely shock the audience and provide a good jump scare for theatergoers.

4) Draw from the real world

Thematically speaking, horror movies are much scarier when they draw from a real human fear rather than simply relying on tropes like vampires and werewolves. For example, take the movie Us. Is it a movie about doppelgangers? Yes, but it’s also about parallels between low class and high-class families and resentment built up from our current class system. Another more recent horror film, It Follows, is about a creature walking behind you wherever you go. But, more largely, it’s about the contagious nature of STDs. Even if you already have a supernatural idea, think of a real-life phenomenon it could parallel. This way you’re not only providing jump scares, but real psychological terror as well.

It may feel completely against your instincts to do so, but underexposing certain shots in your film can help to create an air of mystery by leaving some portions of the frame in shadows. Some filmmakers may opt to simply expose normally and then color grade in post, but it doesn’t quite create that same natural ominous effect. It’s more effective to light your scene so that it’s naturally underexposed (about a stop of underexposure) and then to bring it out more later. CAUTION: Don’t go too far with this because you won’t be able to bring it back up in post.

Ultimately the goal of the camera work in your horror film is to unsettle the audience. One way of doing this is to create a unique angle such as the Dutch Tilt. This is where the camera angle is deliberately slanted to one side, creating a disorienting and uneasy effect for the audience. You could also utilize an extreme bird’s eye view or a very low angle or your own variation of an unsettling shot. Creating shots that are rarely utilized in film will make the audience feel on edge and unsettled, which is just another manner of keeping them on their toes (metaphorically speaking, hopefully they’re not that scared).

Some of the most iconic horror and suspense films have utilized an iconic score that ramps up the tension. Take Halloween or even Jaws, two movies with incredibly effective scores. All you need to do is hear the beginning notes of one of those scores playing and suddenly the tension and sense of suspense in the room can go from a five to a ten. Even a more modern example like Us utilized this with the horror remix of the classic I Got 5 On It. We recommend either working with a score artist or finding your own I Got 5 On It to make it easy and powerful to shift the tension in your film.