Two people are hastily running along a busy sidewalk. A woman who is heading to a board meeting, while simultaneously on the phone with her boss who is asking her to do fifty other tasks before the end of the day. She’s trying to figure out how she’s going to do all of this and still have time to make an appearance at her sister’s birthday party, she explicitly promised she wouldn’t miss it this year.

Coming from the opposite direction is a man, a writer who is on his way to a meeting with a possible publisher for his book. He already spilled coffee on his shirt when he heard the news of the impromptu meeting and he has roughly twenty minutes to get there or he misses his chance. All of this panicky behavior on both sides comes to a head when the two people slam into each other. His phone falls to the ground and her papers fly everywhere. They both bend down to frantically scoop up the papers, apologizing along the way. Then they look up, lock eyes, and pause for a moment.

What we’ve just described is a ‘meet-cute’, one of many stylistic tropes present in a romcom movie. However, it’s not simply the plot and characters that make tropes like these work well in a romcom movie, it’s all of the behind-the-scenes production of the movie.

(Note that while many films featuring these elements fall into the romantic comedy genre, not everyone is needed for a romcom or is used exclusively for the genre.) 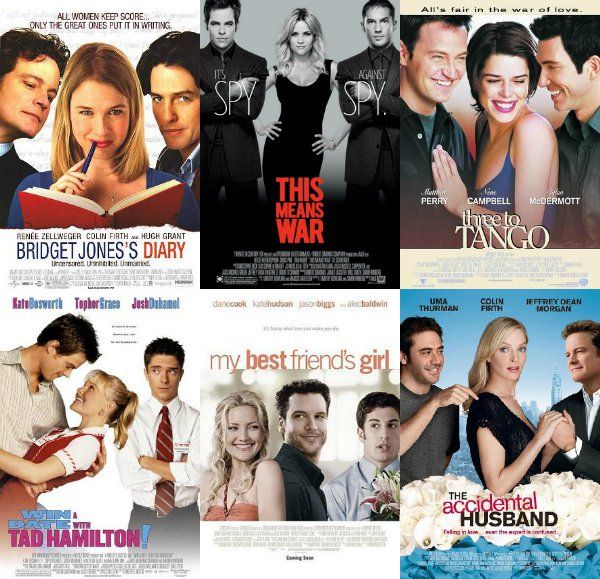 Part of what makes a romcom work is a tight script. When the dialogue and plot feel natural, people are more invested in the film. Sure, a joke or two might not land, but the majority need to result in laughs for a successful movie. But by the same token, improvisation is not the enemy. Quite a few of the iconic scenes in romantic comedies (and comedies in general) have been because of the actors improving. Encourage your actors to insert their own dialogue or actions. If the improv doesn’t work, just shoot the scene as scripted. Alternatively, do a few improv sessions during rehearsal. It may result in new scenes being created.

LET THERE BE LIGHT

The romantic moments of a romcom are powerful scenes that require expert attention. Lighting can set the mood more than any other aspect of cinematography. Soft, gentle light and focus on the leads can make even a mundane scene have romantic undertones. Don’t be afraid to use multiple sources and filters to get the exact glow needed. The video below by Aperture details how the lighting is set up in various romantic scenes and serves as a good reference.

What bogs down most disliked romcoms is the editing. Comedy is a genre that’s defined by the editing room. Even subpar jokes can cause laughs if the camera angles and editing are tight and fast-paced. The same goes for romances. Certain lighting, angles, and music can make a ho-hum kiss a monumental declaration of love. For beginners, it might be worth seeking out a professional editor to help during post-production or at least offer a few pointers. Good editing also doesn’t require a high-end, expensive program. Even a basic editing program can get the job done.

IT’S ALL ABOUT THE MOMENT

What’s “The Moment?” It’s the aforementioned big kiss (or its equivalent). This is where directors show their mettle and offer something new. We’ve all seen the standard kiss, but what makes this kiss so special? It’s up to the director to sell the moment. Again, experiment with different angles or lighting. Try zooming or panning around the actors. Encourage them to put their actual emotions into it (provided they’re comfortable with it).

READY FOR MY CLOSEUP

Speaking of “The Moment,” many of the best romcoms use a closeup during the scene to heighten the sense of intimacy and the overall impact. This is the climax of the film, after all- the payoff for seeing the two leads fall in love. However, it works well in other scenarios. If someone’s advances have been rebuffed, a closeup can show us the anguish of the person in love- and the object of affection’s disgust. It’s not ideal to use a closeup for comedic scenes, but when the narrative calls for tension and drama, it’s a solid option.

Stilted dialogue and clumsy acting are surefire ways to turn an audience off. However, there’s one exception. The meeting between the two romantic leads should be cute, funny, and maybe just a bit awkward. Because a romcom is so dependent on its comedy, a bumbling first meeting can keep audiences engaged and get them rooting for their inevitable romance. Even if the meeting isn’t somewhat cringe-worthy, it’s still worth putting into the movie. A flashback will work if need be (for example, the characters are childhood friends).

Rewatch any romcom from the past few decades. You’ll notice an abundance of over-the-shoulder shots. Not only are they easy to set up and film, but they make a conversation more intimate. You’re able to see the facial expressions of the character speaking while keeping another character in-frame. Body language is somewhat visible as well, giving the scene a sense of realism. It can establish any kind of relationship- hostile, friendly, wary, etc. Don’t go overboard though! Too many shots of a certain kind will result in a repetitive film. Still, it’s a staple of the genre and a good groundwork to build artsier shots from.

One of the biggest complaints about romcoms is how formulaic they can become. Seeing the same scenarios play out time and time again makes a genre grounded in realism feel fantastical. Repetition may work in comedy, but not in romance. That’s why using real-life love stories as a basis for your film can prove beneficial. One of the elements that has kept When Harry Met Sally in the spotlight for so long are the interviews spliced throughout the movie. Talk to friends and family about their love stories, and work parts of their journeys into the narrative. Provided they give you permission, of course.

Has a song ever sparked a certain emotion in you? If the lighting and cinematography just isn’t cutting it, insert some mood-setting music. A classical love song will give a scene the last romantic edge it needs. For funny moments, a modern pop song or a jaunty instrumental will heighten the laughs. Even within the public domain, there are plenty of songs to craft a wonderful soundtrack and enhance the vibe of a certain scene.