Evolution of the Dolly Zoom

Do you ever feel like the world is closing in around you? Or do you ever find yourself feeling isolated and alone? Or overcome with a looming fear and dread? These are fairly difficult feelings to describe and, therefore, even harder to express in film. That is, until the invention of the Dolly Zoom filming technique.

The Dolly Zoom technique, also known as the Hitchcock Zoom, originated in the Alfred Hitchcock film Vertigo. The visual illusion was used in this film to highlight the character’s… well, vertigo. To understand how this technique creates a unique effect that’s different from a normal zoom, imagine you’re at the end of a hallway and at the opposite end there’s a door that leads outside. The further away from the door you are, the less of the outside world you’ll be able to see. Even if you take out your camera and zoom in, the door will appear closer to you but you’ll still only be able to see the same amount of the outside world. If, however, you walk toward the door you will gradually be able to see more and more of the world outside. A zoom executed using a dolly will, therefore, look slightly different than one merely using a camera and not moving through space.

Understanding this idea is how the Dolly Zoom was created, a technique that involves simultaneously zooming in while dollying out (or vice versa) while focusing on a single point in space. Using the doorway as our example again, if you dolly in while you zoom out on it you would create the visual illusion that the archway is the same size, but that the outside world is moving closer. 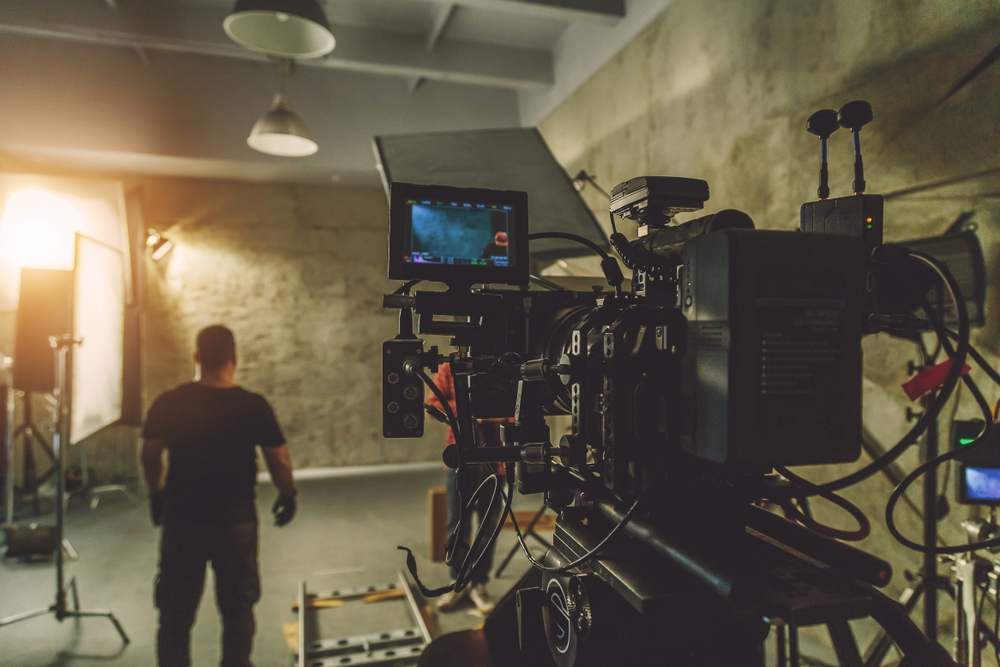 As stated previously, this shot can be accomplished in two different ways and each creates a different visual illusion. And each of those illusions can be used to highlight different aspects of plot or character. For example, when you dolly out and zooms in it creates the illusion that the world is closing in around the audience. This can be used as a visual metaphor for impending danger or character paranoia. On the opposite end, when you dolly in and zoom out, it creates the visual effect of the world pushing away from us. This can visually illustrate feelings of isolation or that one’s goal or destination is perpetually out of reach.

The Dolly Zoom has been used several times in films since Alfred Hitchcock brought the technique to life. Similar to the Dutch Tilt, this technique is visually unsettling and can immediately grab your audience’s attention when executed correctly. To pull this effect off, you will need a smooth dolly track, a slider can work but it will restrict your range of movement as the slider is likely to appear in the shot. You’ll also need a fast zoom lens as you don’t want the F-stop to be moving up or down as you zoom in or out. The zoom lens is best accompanied by servo zoom gear for precise control and a follow focus to keep your subject clear and crisp. Aside from the preferred equipment, this technique also requires practicing your movement and timing.